Frances Ellen Watkins Harper was born a freewoman in Maryland. She was educated and well read, courtesy of her uncle abolitionist William Watkins who ran a school for Black children.
Following the passage in 1850 of the Fugitive Slave Law, conditions for free Blacks in the state of Maryland deteriorated and the Watkins family fled Baltimore. Frances moved on her own to Ohio, where she taught sewing at Union Seminary, and then she moved to Pennsylvania in 1851. There, alongside William Still, Chairman of the Pennsylvania Abolition Society, she helped freedom seekers along the Underground Railroad to find their way to Canada.

Harper used her education to become a poet, writer and lecturer. She published a collection of her poems in 1854 entitled Poems in Miscellaneous Subjects that attracted critical notice and became her biggest commercial success. She also began her lecturing career in 1854 and she traveled extensively in the years before the Civil War since she was much in demand on the abolitionist circuit.

In 1859, when John Brown was apprehended and executed for the unsuccessful attack on Harper’s Ferry, Frances emotionally supported and comforted his wife Mary Brown.
When Frances’ tale "The Two Offers" appeared in the Anglo-African on 1859, it became the first short story published by an African-American.

Frances married Fenton Harper in 1860, and moved to Ohio. They had a daughter named Mary in 1862.  Fenton died in 1864, and when the Civil War was over, Frances toured the South, speaking to large audiences, encouraging education for formerly enslaved African Americans, and aiding in the process of reconstruction.
Frances joined the First Unitarian Church when she settled in Philadelphia in 1870.  However, she had been acquainted with Unitarians since before the war, due to their support of abolition and the Underground Railroad.  She was friends with Peter H. Clark, Unitarian and noted abolitionist and educator in Ohio.

Frances continued to publish collections of poems, essays and short stories throughout her life.
But it wasn’t until 1892 that she published her famous and only novel, Iola Leroy.

Her works attacked prejudices, racism and sexism. The money Harper earned as an author and speaker would be used to fund societies dedicated to free enslaved African-Americans and to the assistance of women in the United States. Frances Harper died in Philadelphia on February 22, 1911, nine years before women gained the right to vote.  She was buried in Eden Cemetery. She is best remembered today for her poetry and fiction, which preached moral uplift and counseled the oppressed how to free themselves from their demoralized condition.

Read the words she wrote & inspired

If you're enjoying the story of Frances Harper,
why not check out the roadtrip inspired by her story. 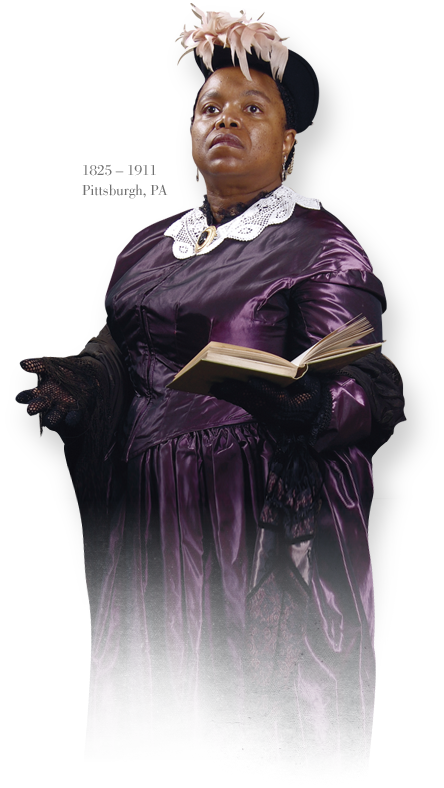 Listen To Her Story

"Why I Came Back"
"Memories And Reflections"